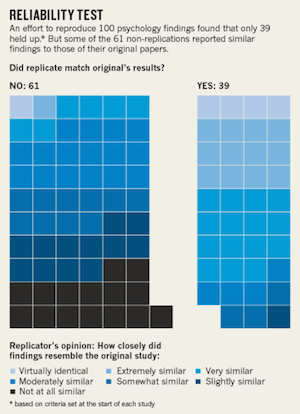 In 2015, The Center for Open Science organized an effort to reproduce 100 published psychology experiments. In 61 cases, they were unable to reproduce the results of the original experiment. And there seems to be a similar problem in the other branches of science.

Replication is a normal and essential part of the scientific process, and one that we need to be doing more. 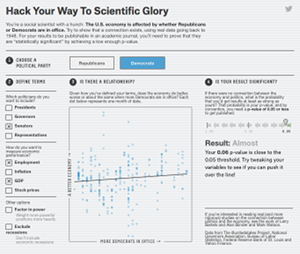 This was not so much a recent event as a loophole that existed for a long time in the process scientists had developed over the years for gaining knowledge through studies and experiments. What happened recently was a very clever demonstration of the loophole by FiveThirtyEight.com, and discussion about how to patch it.

Basically, the loophole is/was this: If you gather enough data about anything, it's possible to find all kinds of connections between things, many of which will make no sense at all. In the case of the FiveThirtyEight "study," correlations were found between eating cabbage and having an "innie" belly button, and between salt intake and satisfaction with your Internet provider. FiveThirtyEight.com also created an interactive web app that let readers p-hack their way to a desired conclusion about the economic success of the two major political parties.

We're continuing to find potential loopholes in the scientific process, but as we find them, we fix them. A process that was already very good at finding truths about the universe is only getting better. 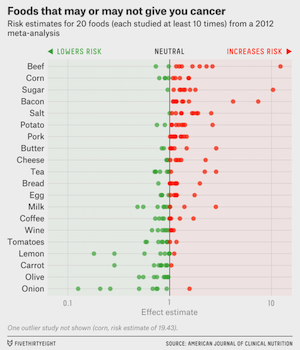 In 2013, researchers John Ioannidis and Jonathan Schoenfeld picked common ingredients from a cookbook and tried to find existing studies linking those foods with cancer. Of 50 foods with at least ten studies conducted for them, 40 had at least one study linking them to cancer.

Accurate results are always going to cluster around the real answer, so we shouldn't take data points at the extremes of the cluster as contradictions of the overall conclusion. However, we should certainly be doing all that we can to keep the clusters as tight as possible.