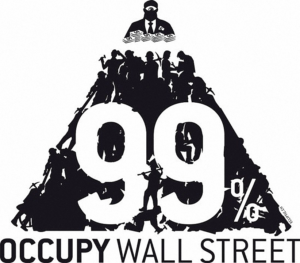 When the Occupy movement was at its peak, I got an idea about supporting it that I wish I had attempted to promulgate. One of the problems with Occupy was that it was such a small and non-mainstream movement. It consisted primarily of a very small demographic slice of the population, and because of this, it was easier for the police to sweep it away without outraging most ordinary Americans. (In fact, most ordinary Americans were probably relieved to get "these people" out of their public spaces.)

My idea was to offer a way for non-activists who could never commit to something as demanding as a full time occupation a way to offer their help and support on a more manageable scale: a signup system where people could commit to short shifts — just one or two hours at a time — hanging out at the occupation sites.

The benefits would be many and varied:

When and if Occupy arises again, they need to implement a "Stand With Occupy" program. Then the question will be: will the rest of us be up to the challenge?

This has been a "Politake," a brief take on politics by Freeman Ng.