You probably know about how Emily Dickinson's poetry can be sung to the tune of "The Yellow Rose of Texas."

A reading of my favorite love poem for Valentine's Day. This is my Favorite Science Fiction Novel, no contest, but it's an odd creation. It's like a historical fiction about a Quaker farming community, except that the community exists inside a multi-generational colony ship many centuries into a journey to a possible habitable world in a distant solar system. Oh, and each chapter begins with a quote from Walt Whitman.… [more] 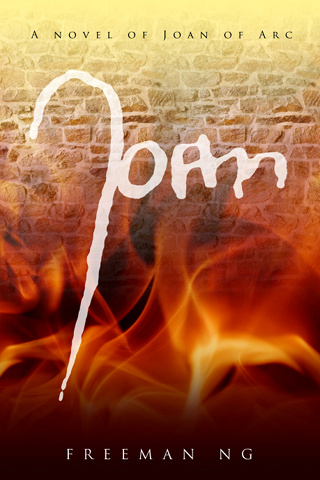 I've just self published my novelization of the life of Joan of Arc!

It's gotten a couple of good reviews so far.

Tim Wynne-Jones, author of the Horn Book Award winning YA novel Blink & Caution, called it "An intimate meditation, textured and ingenious," while Kirkus Reviews described it as "An engrossing religious and historical account…"

You can read more about it and order copies at www.JoanNovel.com… [more]

I've decided to self publish my novelization of the life of Joan of Arc in Summer of 2014. Help me build up my mailing list in preparation for the big release and win signed copies of the book! Enter the Voices For Joan contest here.

All the Gospel plays for the Fall quarter are now available for download from the Wineskin Project website.… [more]