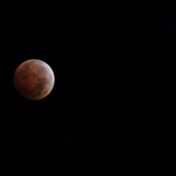 This is my Favorite Science Fiction Novel, no contest, but it's an odd creation. It's like a historical fiction about a Quaker farming community, except that the community exists inside a multi-generational colony ship many centuries into a journey to a possible habitable world in a distant solar system. Oh, and each chapter begins with a quote from Walt Whitman!… [more]

First, read this courageous comment on the bombing and shooting in Norway.

We had our own "Oslo moment" here in the U.S., of course: the 9/11 attacks. In the aftermath, there was a lot of talk about tightening national security even at the cost of compromising our freedoms. A point that was often made in defense of more, and more extreme, measures was that no matter how strong our security was already, the terrorists would only need to find one crack in the wall, and they'd be in again.… [more]